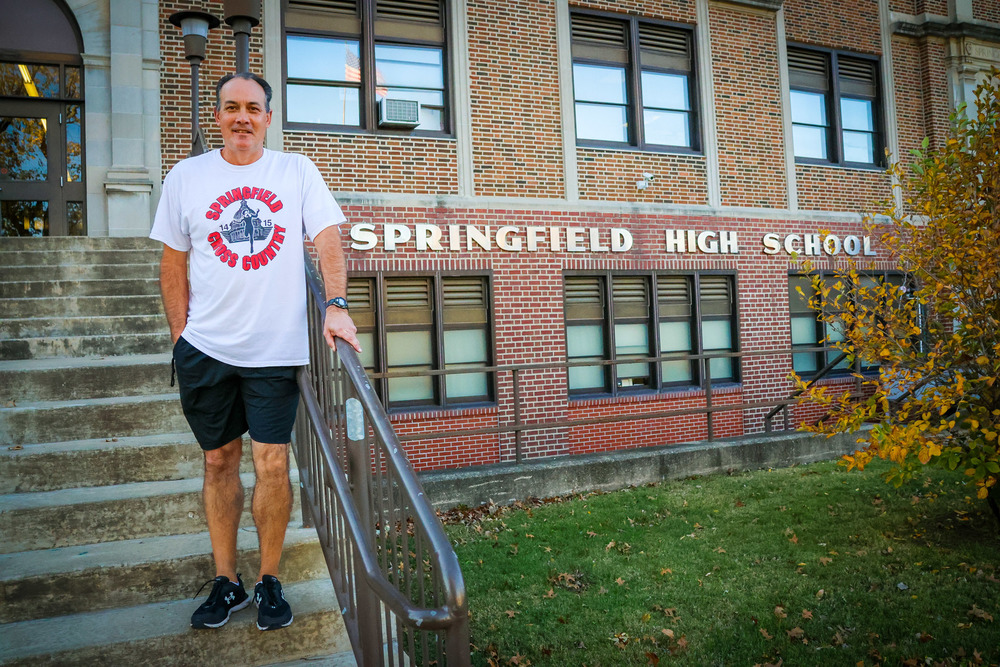 He was chosen as part of the Illinois Track & Cross Country Coaches Association 2023 Hall of Fame class! Overall, nine coaches were selected statewide and two of the nine are District 186 coaches.

"The cross country teams I coached at Springfield High were hard workers and great student/athletes. It was a joy to be around these young students. I was certainly blessed with some great and talented individuals," said Dan Devlin.

According to ITCCA, he served 29 years as a head cross country coach, 10 years as boys track assistant and six years as boys head track coach. In addition, he has served 13 years as an IHSA official. His girls' 2009 cross-country team were IHSA Class AA State Champions. They placed third in 2010. His boys' cross country team earned second and third place at the State Meet. The boys' team qualified for the State Meet 15 years in a row and placed in the Top 10 for 11 straight years. In cross country, 10 boys and 9 girls earned all state honors. In addition, his teams won 18 regional titles and 9 sectional titles in cross country.