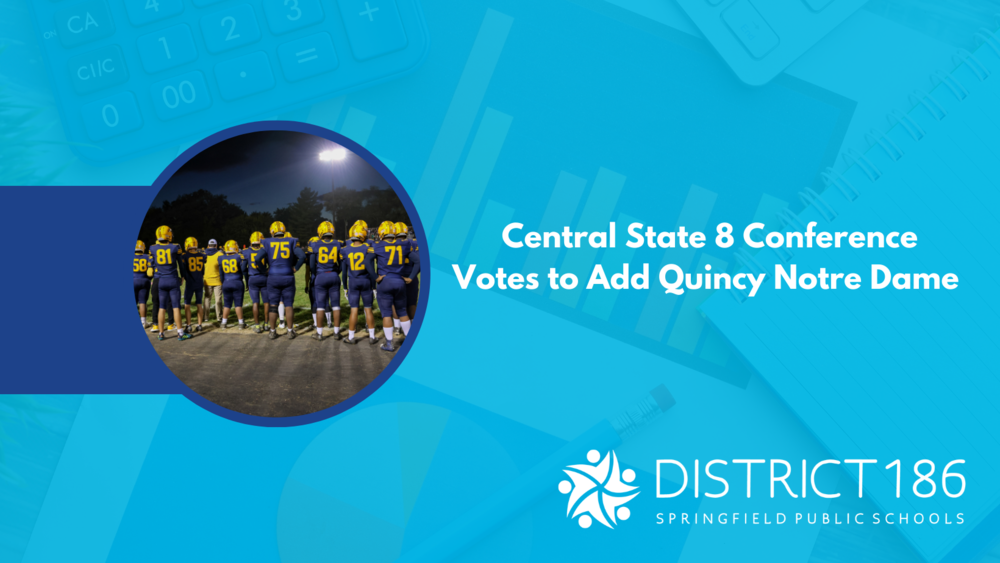 The addition of Quincy Notre Dame will put 12 schools into the Central State Eight football schedule beginning in 2024-2025. The 12 schools have been divided into two divisions based on their records from the previous three football seasons. Currently,the three District 186 schools are in the West division guaranteeing that they will play each other. However, every two years, the two divisions will be re-aligned based on team records.

Regardless of the re-alignment, District 186 schools are guaranteed to play against each other each year.

Springfield Public Schools District 186 is excited to welcome Quincy Notre Dame into the Central State 8 Conference as this allows our teams the exposure  to play programs outside of our area and creates opportunities and possibilities for postseason play.